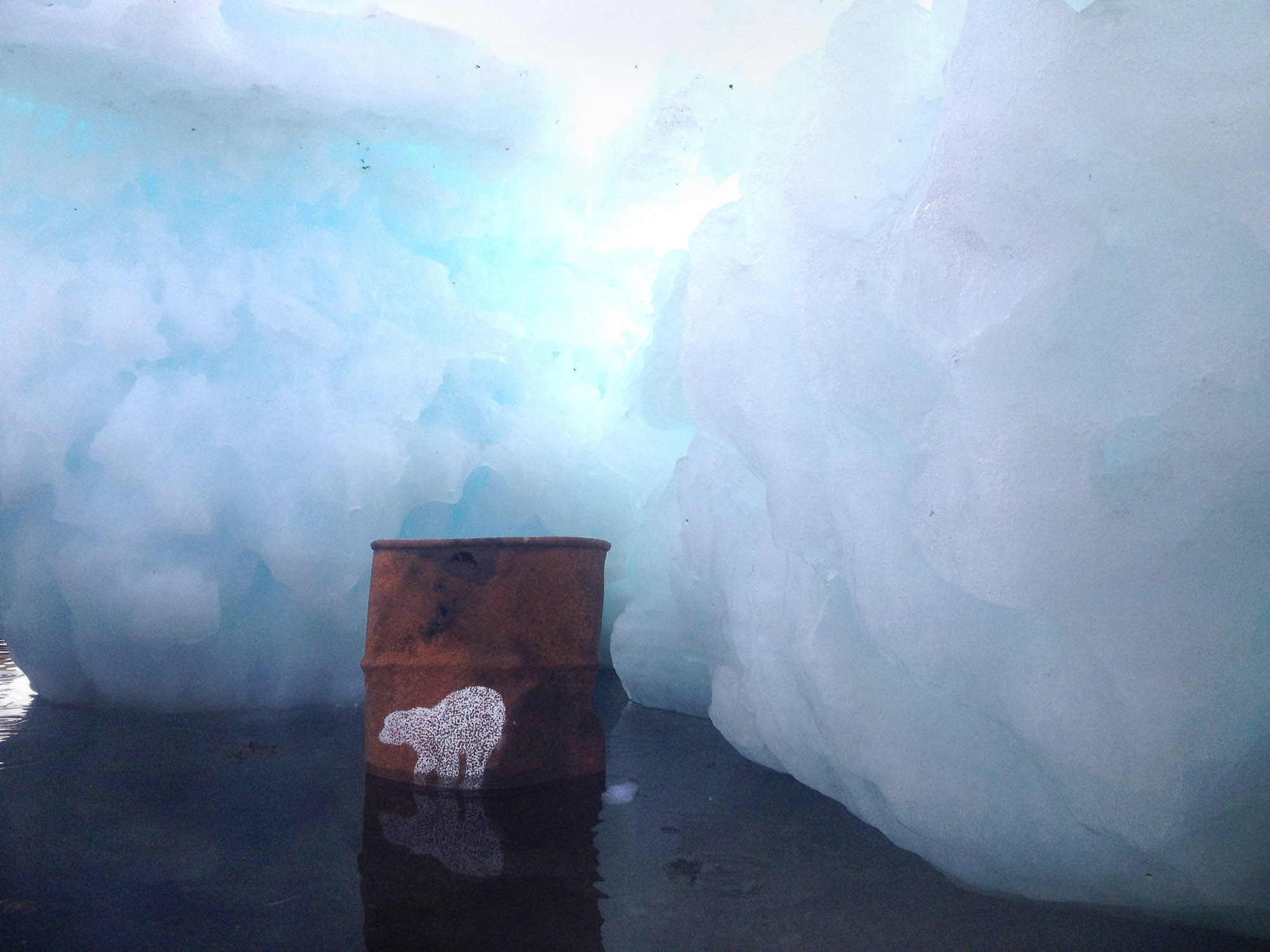 Two summers ago, in 2015, I packed some sketchbooks and trekked through Iceland and Greenland, ultimately arriving in Kulusuk, a small village in east Greenland. I’d arrived at a time of transition—seasonal, global, and cultural. Summer’s cotton grass blooms were giving way to autumn’s northern lights, local hunters were flensing seals on the beach, the Greenland ice sheet was melting at an alarming rate. 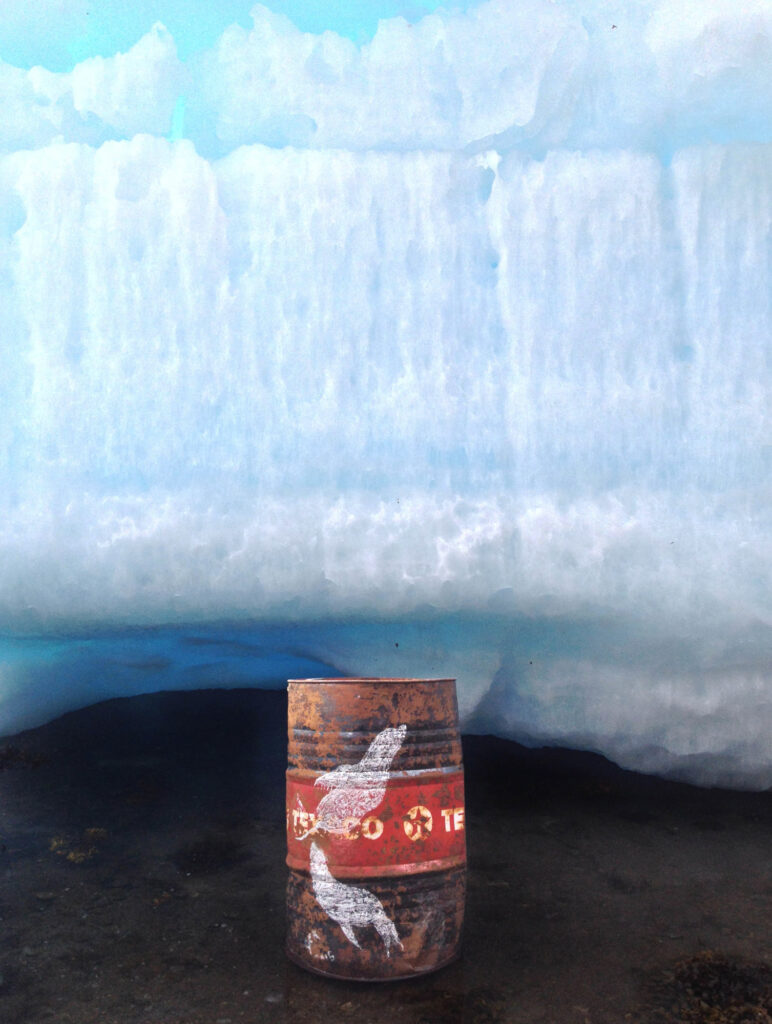 Searching to understand what made the tundra so impossibly beautiful, I found fox tracks, belly flowers, and a midnight sun. I also found plastic crammed into rocky crevices, Styrofoam bobbing on the incoming tide, and oil drums rusting on snow fields. 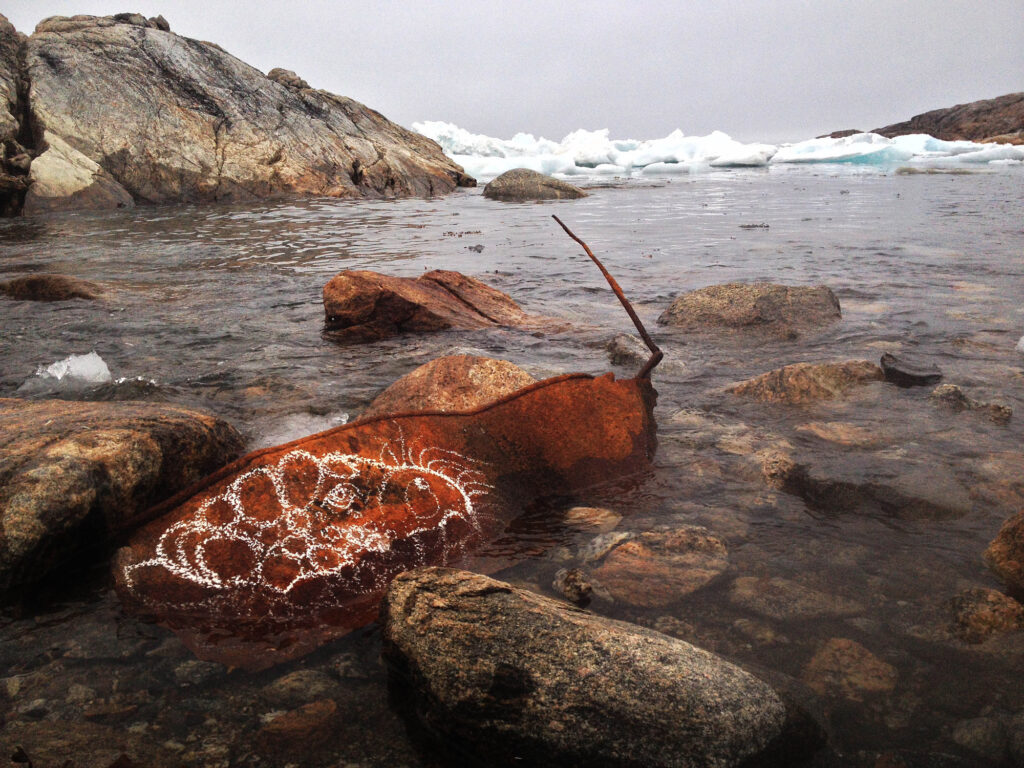 After spending time among these oil drums, I decided to make them my canvases. At the time, I was painting a mural in a local school to celebrate Sassuma Arnaa, Goddess of the Sea. I was intrigued with the children’s tale of how the goddess suffers from trash and pollution—a modern addition to the ancient stories.

Songbird on the Tundra

I hauled the beached oil drums atop icebergs and chalked them with images of wild creatures. I collaborated with the rising tide, documenting the ways the water swallowed oil drums and erased my images of walruses, polar bears, and seals.

The resulting work represents my efforts to understand this beautiful land, and to reckon with the forces that trouble it.