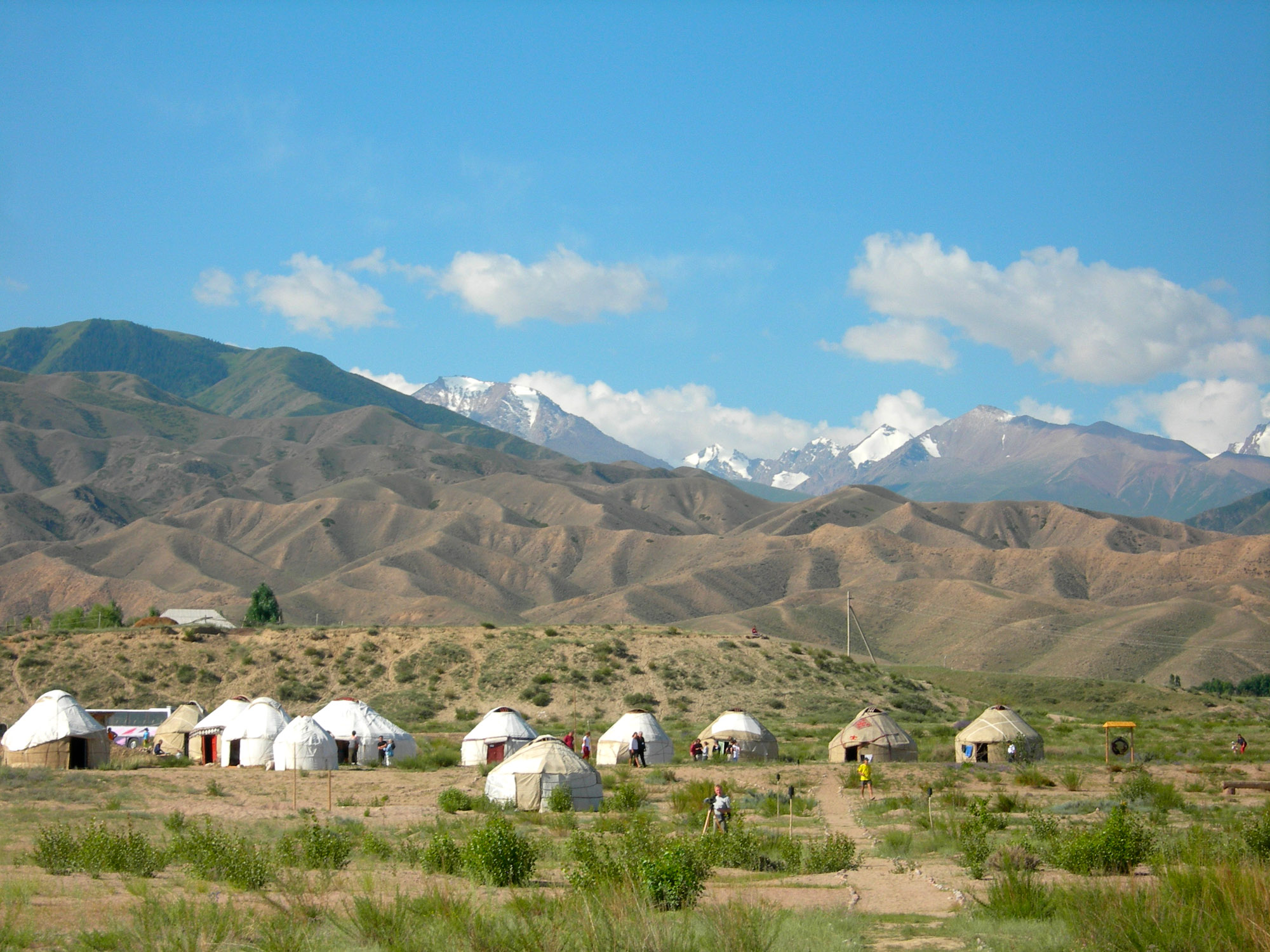 Located in Central Asia, Kyrgyzstan has been well known since the times of the legendary Silk Road for the temporary yurt camps that nomads set up during summer months at the base of the Tien Shan mountains. The landscape there is of monumental scale, characterized by the deep blues and purples of distant mountains, snow-capped peaks, and the vast sand-colored horizon. Nomadic cultures have been shaped by this land and live in balance with the seasons, connected to place and traditions. 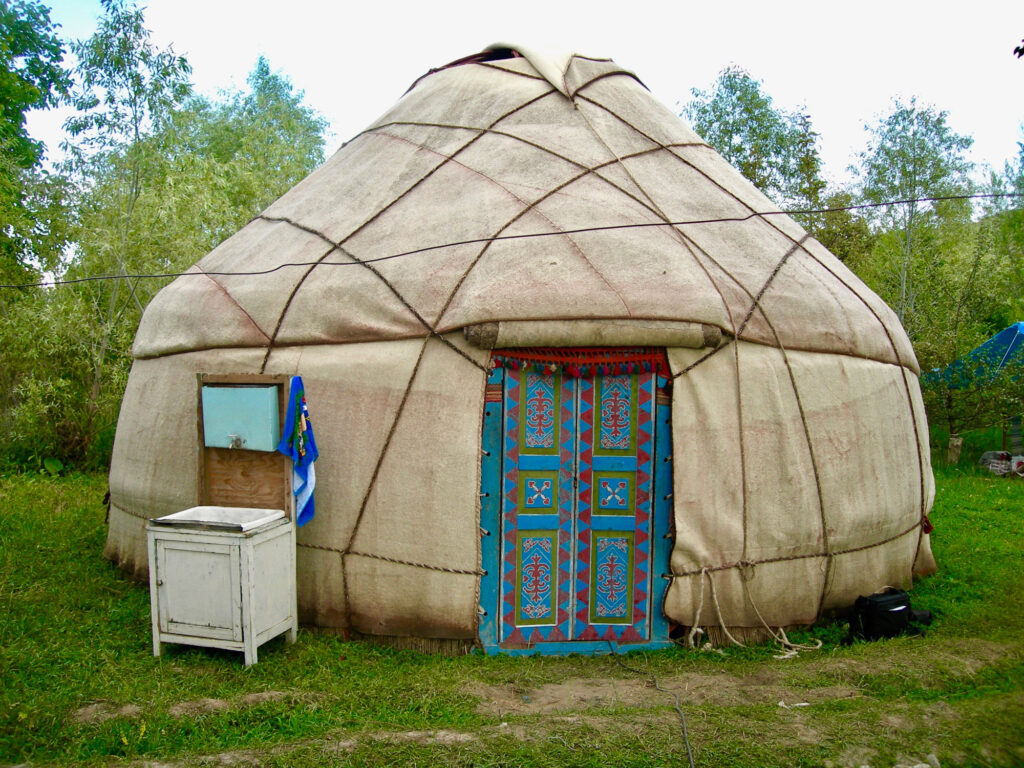 A typical yurt in Bokonbaeva, Kyrgyzstan can be moved in a day. It is the model of living simply, with a small footprint.

Known for their longstanding felt-making artistry, yurt makers from the large Kyrgyz village of Bokonbaeva, on the edge of Lake Issey-Kul, work with local resources, creativity, and ingenuity to create yurts that reflect the nomadic culture and environment of Kyrgyzstan. The structures are light enough for nomads to carry, flexible enough to fold and pack, and sturdy enough to be dismantled and reassembled. Handmade from local sheep’s wool fashioned into felt, the dwellings are constructed with a bent willow and birch framework. Yurts provide a cool home in the hot summers and warmth during winter months. 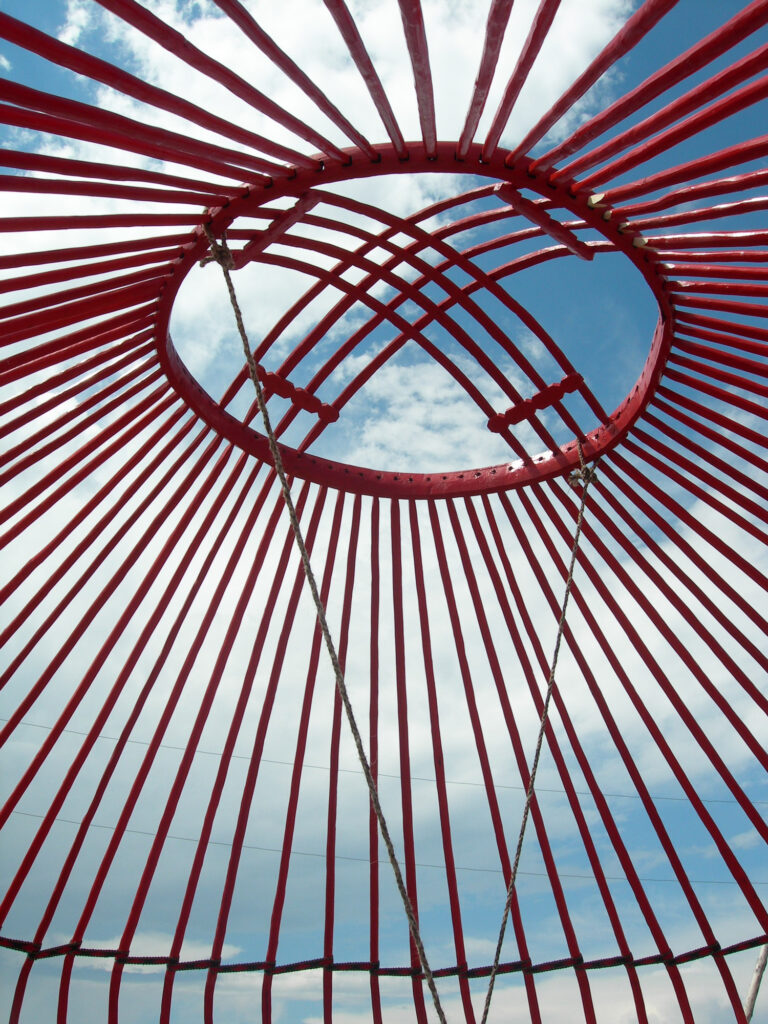 The round frame at the top of the yurt, called the tunduk, creates four points, each directed to a corner of the world.

More than just a dwelling, the yurt symbolizes the world in which nomads live, and is a sacred portrayal of life under heaven. The round shape of a yurt evokes the sky, and its central pillars are particularly meaningful, symbolizing the cosmic axis between earth and heaven—the root of the community’s spiritual practice. The hearth (fire) is placed in the center of this representation of the universe within the yurt. 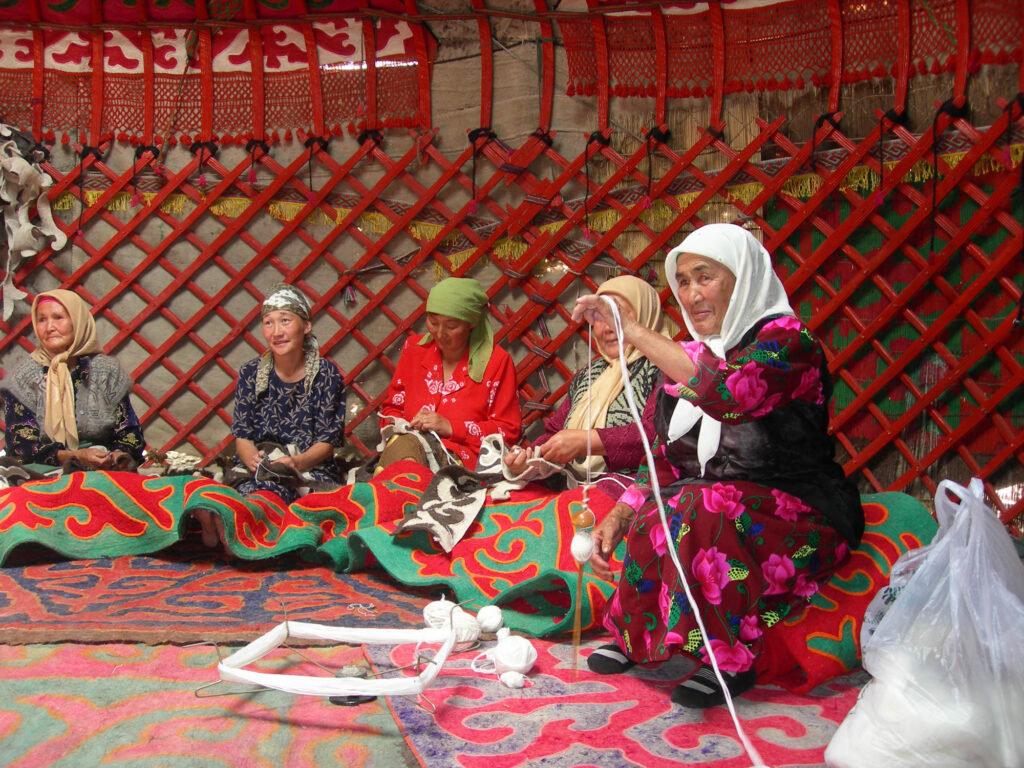 Women laugh and sing together as they work on the traditional felt rugs.

Women of the community come together to make the felt shyrdak (patchwork) rugs that are used as traditional household coverings in the yurt. One afternoon I had a chance to sit with them as they sang, laughed, and sewed together. I learned that their craft is inspired by the plant and animal world, with popular spiral and curl elements symbolizing the horns of animals such as sheep.

The ornamental patterns have deep meaning for the Kyrgyz culture and reflect their understanding of the earth, mountain, waters, stars. Good wishes for prosperity, strength, and courage are woven into the textiles. The felt creations are a harmonious blend of rich warm reds, warm orange, and purples with accents of magenta, colors that reflect the Kyrgyz culture and their everyday world. 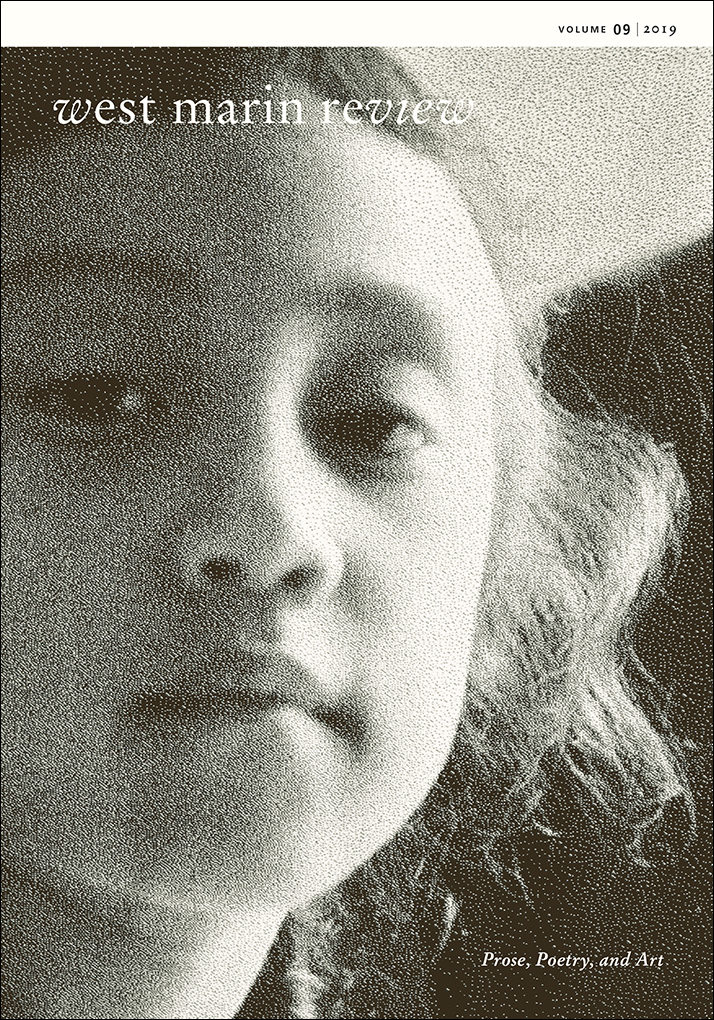